You reap what you sow 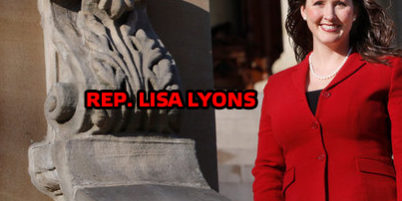 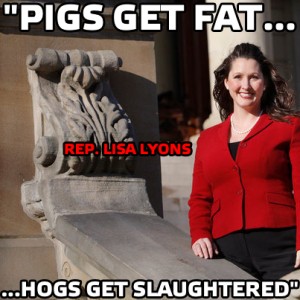 Republicans cut $1 billion from local schools to pay for a $1.8 billion corporate handout that was supposed to create “more and better jobs.” That hasn’t happened. In fact, unemployment is higher than it was at the same point in Jennifer Granholm’s first term, more children are living in poverty, and recently small business owners and CEOs gave Michigan’s business climate a “D” grade.

Right now, proponents of for-profit charter schools are arguing that mismanagement – and not years of deep cuts to education – is to blame for the onslaught of budget shortfalls and school closings.

But don’t worry, they’ve got just the treatment for this self-inflicted wound: making it easier for the state to dissolve struggling public schools. While debating whether we should cut off our nose to spite our face, chairwoman of the House Education Committee Rep. Lisa Lyons used namecalling to justify the bills:

But Lyons, the chairwoman of the House Education Committee, argued that an amendment Rutledge offered on the floor to guide the hiring for schools that received students from the dissolved districts were “a double-down from groups focused on only adults.”

“Pigs get fat,” she said. “Hogs get slaughtered.”

This would be amusing, if it weren’t so hypocritical. As an elected official (who this week will start her annual months-long summer vacation), Rep. Lisa Lyons is literally feeding at the Government trough. While the per capita income in Michigan is $25,482, Rep. Lisa Lyons makes $71,685 – almost three times as much as the average Michigander.

You could say she’s hogging it. And so long as we’re using idioms in place of reasoned debate, Rep. Lisa Lyons should remember that you “reap what you sow.”