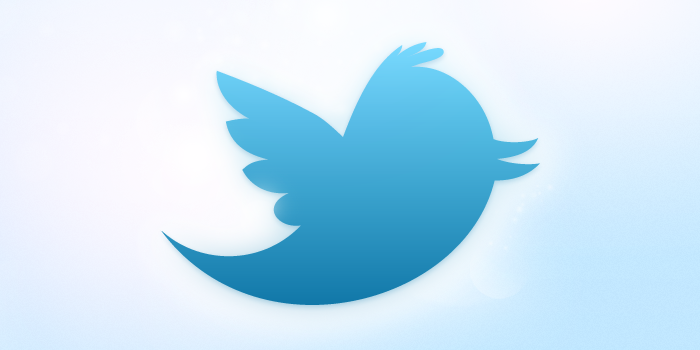 OK, you got us: not every day. But every weekday, we’ll be updating this thread with the most interesting, relevant, and entertaining Tweet of the Day.

The best part? We’re accepting nominations and you can join the fun! All you have to do is tag your Tweet with the hashtag #MITOTD and we’ll include it our mix of potential Tweets of the Day.

Of course, we’ll also be perusing the Twitterverse for our favorite Tweets without the #MITOTD hashtag, so not including it doesn’t prevent one from being selected.

We’ll update the Tweet of the Day every weekday at 3:30 PM with an attendant Tweet and Facebook post letting folks know. We’ve included the first one with an explainer below, so enjoy and share this blog with your friends. View more recent Tweets of the Day here.

One could make an argument the campaign of the person responsible for the election should know when it is #justsayin pic.twitter.com/FDnXiiZBi9 — Chris Gautz (@ChrisGautz) November 3, 2014

Because it’s Halloween, check out the most terrifying ads of the 2014 election http://t.co/mtaqchDJ8f via @TIMEPolitics — Maya Rhodan (@m_rhodan) October 31, 2014

The constitutional rights of Scabby the Rat http://t.co/c95cJZeyBB pic.twitter.com/MOroMnm1Zm — The Atlantic (@TheAtlantic) October 30, 2014

BREAKING: Turn out will decide the election. — One Wisconsin Now (@onewisconsinnow) October 29, 2014

Is there a more pathetic specimen on the planet than the blustering, entitled, low-emotional-intelligence white guy terrified of feminists? — David Roberts (@drgrist) October 23, 2014

If you’d like to see what discrimination looks like hiding behind a Bible, check out http://t.co/b2954lxD0w — Jim Murray (@jamesamurray) October 22, 2014

@TerriLLand michigan does not have a Department of Motor Vehicles. Are you sure you worked there? — David Campbell (@jude1972) October 21, 2014

Video of Snyder’s glitzy fundraiser is no longer at this link: http://t.co/bVoVox8BRX You can still see it here: https://t.co/dtFBQ5vaAi — Joshua Pugh (@JPughMI) October 20, 2014

Drown government in a bathtub! Unless I’m having a panic attack. Then WHY WON’T GOVERNMENT LEAD? — Markos Moulitsas (@markos) October 17, 2014

I am deathly afraid of the Ebola virus, voter fraud & the knockout game. Climate change, decaying infrastructure & gun violence not so much. — norbizness (@norbizness) October 14, 2014

except Snyder isn’t really a centrist @howiewolf Bloomberg to Spend $25 Million on Ads for Centrists of Both Parties http://t.co/2tKcyAVChu — Amy Chapman (@amyrchapman) October 7, 2014

If 4th worst in unemployment, 49th in future jobs & most jobs lost in Aug. is the #Road2Recovery then we should take the nearest exit. — Hugh Madden (@oldehughr) September 30, 2014

@TerriLLand how about those folks from Detroit that wrote and you didn’t accept their mail? Talk to them yet? #misen — Jerry Lundegaard (@theheckyamean) September 18, 2014

And there goes whatever was left of Land & co credibility RT @TerriLLand: Today we challenged Peters to face voters and debate. #MISen — Haley Morris (@haleymorris) September 17, 2014

I guess I’m not the only one having trouble getting in touch with the @TerriLLand campaign http://t.co/YPRBsBKYVK #MISen — Leigh Ann Caldwell (@LACaldwellDC) September 10, 2014

Ravens, translated: “We were totally OK with Ray Rice clobbering his wife until you all watched it on video.” — Lynn Zinser (@zinsernyt) September 8, 2014

Wonder how much @MIGOP chair @BobbySchostak will profit from @BurgerKing moving to dodge taxes? He is largest franchisee in MI. — Brandon Dillon (@BrandonDillon75) August 28, 2014

Snyder and Walker together again ❤️. / Meet six of the biggest enemies of the Working Class. http://t.co/lWkeLoq6iM Via @Labor411 — Jill Thurtell (@Theresthatbear) August 25, 2014

The “revolution” eats its own: @DetNewsOpinion goes from loving to loathing the Tea Party http://t.co/hVUaWiXLNk — Mark Brewer (@MarkBrewerDems) August 22, 2014

Has @MarkSchauer been heading back to D.C. to use the Congressional gym in between campaign stops? #hemustworkout https://t.co/5pcLbgOTUV — Chris Gautz (@ChrisGautz) August 19, 2014

.@embena fact remains Snyder is on the wrong side of history when it comes to #LGBT equality. His discrimination will be forever remembered. — Mitchell Rivard (@mitchellrivard) August 11, 2014

Yet another article that ends with “The Land campaign did not respond to requests from [media outlet] this week” http://t.co/QAvYTU9lEU — Chris Savage (@Eclectablog) August 8, 2014

.@saminglot Looks like politics to me, just happens to be the worst kind. Foolishness will not prevail & it is of doubtful constitutionality — John Dingell (@john_dingell) August 4, 2014

The GOP deals with its anger at the middle class getting tax credits to buy health care by ignoring corporations evading billions in taxes. — LOLGOP (@LOLGOP) July 30, 2014

Nothing more comical than a candidate that comes from privilege saying how working families will be better off without a functioning govt. — Brandon Dillon (@BrandonDillon75) July 28, 2014

Detroit must do what is right – turn the water back on http://t.co/owEC1YTf7S via @freep #wagelove — Peoples Water Board (@PeoplesWaterDet) July 14, 2014

There is literally no greater threat to our nation than a bus load of malnourished Honduran 8-year-olds. — Collyn McCoy (@collynmccoy) July 10, 2014

it seems like any imaginable policy that could reduce abortion is on the table, except the ones that actually do – birth control and sex ed. — Seth D. Michaels (@sethdmichaels) July 7, 2014

Scathing review by @FrankLuntz on @TerriLLand ad: offered no message, “doesn’t tell you anything about her” https://t.co/TZ3IcxNf92 — David Shepardson (@davidshepardson) June 25, 2014

Now that we’ve recovered all the jobs Bush lost, we get to deal with country he obliterated under false pretenses. — LOLGOP (@LOLGOP) June 24, 2014

How gerrymandering lets #Michigan #GOP vote against the will of the people – and not pay the price http://t.co/6U2m3geA0Q #MiLeg #fixMiroads — A Better Michigan (@ABetterMI) June 13, 2014

I looked a bit younger then, but today I’m reflecting on the many brave souls I was blessed to serve with during WWII pic.twitter.com/tZocycfo8R — John Dingell (@john_dingell) June 6, 2014

Marathon needs to cough up the tax break they took in exchange for a false promise of jobs. http://t.co/6AaQIhWGnq — Rashida Tlaib (@RashidaTlaib) June 3, 2014

Brian Dickerson: After bombing with the media, no one could be happier to escape Mackinac than Terri Lynn Land http://t.co/jASmD3SwMO #mpc14 — A Better Michigan (@ABetterMI) June 2, 2014

That’s part of the problem. We treat CEOs as though they’re capitalists when they’re just playing with other people’s money. — James David Dickson (@JamesDDetroit) May 30, 2014

Will of the voters? Local control? “@GongwerMichigan: House approves bill blocking Det Institute of Arts from seeking renewal of millage.” — jschmitt (@jschmitt) May 22, 2014

Sen. @gretchenwhitmer “How many Republican staffers does it take to carry in the road funding subs?” — MIRSnews.com (@MIRSnews) May 21, 2014

Thanks to the Roberts Court, Corporations Have More Constitutional Rights Than Actual People http://t.co/aVdUU1eUag — The Nation (@thenation) May 20, 2014

.@tomcolicchio: “We can start to vote for good food not with our dollars but with our votes.” #votefood http://t.co/bgP42OoPIN — TalkPoverty.org (@TalkPoverty) May 19, 2014

These two got 4,000 sigs for increased mini wage ballot prop, which would be meaningless under bill in senate today pic.twitter.com/DbP0vXiJg9 — Kathy Gray (@michpoligal) May 15, 2014

“The climate is always changing.” – Marco Rubio confusing the climate with his stand on immigration reform — LOLGOP (@LOLGOP) May 13, 2014

“Polls show that a majority of Michiganders support marriage equality—and we believe #Michigan is ready to move marriage forward.” #MI4M — MI for Marriage (@MI4Marriage) May 8, 2014

Mr. Speaker, you may have so far denied the unemployed a vote, but you cannot deny them their voices. #renewui — Sandy Levin (@repsandylevin) May 6, 2014

Many consume Mexican beer and food and celebrate #CincoDeMayo, yet refuse to take part in issues of immigration and education for Mexicans. — Bernadette Castillo (@BernCastillo) May 5, 2014

Brian Dickerson: Leave it to the #Michigan Legislature and #GOP to relax rules on hazardous waste: http://t.co/zpVIYIBzRx — A Better Michigan (@ABetterMI) May 2, 2014

Single mothers working to make ends meet for their families deserve a #fairshot to get ahead, we need to #raisethewage — Debbie Stabenow (@stabenow) April 28, 2014

@galeharrier When I started, folks tht Erie would become Dead Sea. We’ve made progress, but falling behind again. Must do more. #DingellTH — John Dingell (@john_dingell) April 24, 2014

TODAY: We filed a lawsuit to ensure the last month’s marriages are recognized. We stand with #300Families http://t.co/Zoi6W7KcuK #LGBT — ACLU of Michigan (@ACLUofMichigan) April 14, 2014

LOL Of The Week: Middle-Class Conservatives Don’t Get That The Joke Is On Them http://t.co/qw3YPOlp8v by @LOLGOP pic.twitter.com/ftxYKVlFG6 — The National Memo (@NationalMemo) April 11, 2014

When @NolanFinleyDN accuses someone of “milking the vagina business” I have to wonder whether he understands how the female anatomy works. — Gretchen Whitmer (@gretchenwhitmer) April 10, 2014

The #EqualPay Act was signed into law over 50 years ago. Pay should be based on performance, not on gender, race, or sexual orientation. — Jessica Farrar (@JFarrarDist148) April 8, 2014

What if Obama’s motorcade got stuck in a pothole during his visit to Ann Arbor? #A2Obama — Juan Crespo (@Air_Force_Juan) April 2, 2014

Come with us and make your best pitch to raise the #MinimumWage on #OpeningDay! http://t.co/y2mYXcJTnr — Michigan United (@MichiganUnited) March 27, 2014

Gov. Snyder had to seek other legal advice on whether to recognize the same-sex marriages because the AG’s office did not return his call. — Chris Gautz (@ChrisGautz) March 26, 2014

Anti-choicers are getting ugly in Michigan and Terri Lynn Land is okay with that http://t.co/5e9znigjJJ — Daily Kos (@dailykos) March 21, 2014

Thanks to Right to Life and Michigan Republicans, abortion is effectively outlawed for women who can’t afford it. http://t.co/xBh8NYaFtb — LOLGOP (@LOLGOP) March 13, 2014

Aramark, the state prisons’ private food supplier, hit with $98,000 in fines over food issues and “over familiarity” with prisoners. — MIRSnews.com (@MIRSnews) March 11, 2014

#MiMarriageTrial, attorney Kenneth Mogill: “The right to marry is a fundamental right that should apply… http://t.co/qhLAz72ZO5 — Equality Michigan (@Equality_MI) March 7, 2014

Anyone else amazed in an election year, with passage of the PPT bills, the biz community gets another large tax cut w/out any opposition? — Chris Gautz (@ChrisGautz) March 4, 2014

Congratulations to Jan Brewer for her concern on big corporations discriminating against her discrimination — Eliza Bayne (@ElizaBayne) February 27, 2014

Taxpayer money being wasted on the conservative war on LGBT #MImarriagetrial… yet there are potholes every 8 inches on all our roads. — Jaym Esch (@JaymEsch) February 25, 2014

Public service is one of the greatest privileges a person can have. We have a chance to do something important. Everyone should participate. — John Dingell (@john_dingell) February 24, 2014

Lawmaker finds a black canvass bag in the Capitol with a loaded gun in it! It belonged, of course, to a GOP Rep. http://t.co/x1rnaqS0Je — Taniel (@Taniel) February 20, 2014

Michigan board of canvassers approved the form for a petition to raise the state’s minimum wage. — Melissa Anders (@MelissaDAnders) February 19, 2014

Twitter consensus seems to be that nobody really calls MSU “Moo U” except for mocking U-M fans. And the New York Times. #ObamaMSU — Jonathan Oosting (@jonathanoosting) February 7, 2014

ONE GOP vote is keeping 1.7 million of our unemployed friends & family from getting unemployment insurance benefits they need. #renewUI — SEIU (@SEIU) February 6, 2014

Attention, @onetoughnerd: I do not want an $80 tax cut or whatever it is. I want to have first-world roads, and first-world services. — Angela Wittrock (@AngelaWittrock) February 5, 2014

Yup, still pissed that the first woman to run a global car company will make less than half of the man before her http://t.co/7Rro3BHdfT — Bryce Covert (@brycecovert) February 4, 2014

Credit to a friend for this one: Gov. Snyder preparing to explore the wreckage of the SS MI Middle Class. pic.twitter.com/lxkQiTtvIS — Brandon Dillon (@BrandonDillon75) February 3, 2014

Saying Keystone XL won’t impact the climate is like saying no single touchdown will impact who wins the Super Bowl. Doesn’t work. #nokxl

Interesting graphic explaining the use of targeted words in #SOTU speeches going all the way back to Roosevelt. http://t.co/ffcNeT8wbi

Republicans believe rich people just work harder. So how do they explain these statistics? http://t.co/XczYSzrFiM via @dailykos

Roe v. Wade was decided 41 years ago today. This is what it was like before women had the legal right to an abortion http://t.co/HD0TLPb2Zs

#ALEC runs the show in most of our state capitals, and most of us don’t even know it. #GoogleALEC http://t.co/k0m8zQ4m7U

Who says Gov Snyder doesn’t care about the environment? He recycled a bunch of garbage ideas last night during his #SOS.

Women have three whammies against them: less pay, less benefits, primary caregiver for others. Paid sick leave could help. #WhatWomenNeed

Priorities Michigan Shines Light on a Decade of Disinvestment http://t.co/BHWfKl7U5M (RT to help set the right priorities for Michigan!)

What People Really Mean When They Say Reducing Poverty Is Difficult http://t.co/L34nc1WAaV

Think about the Mackinac Bridge bridge being closed for four days and the Gov. not knowing about it. Right. #bridgegate #MI

50 years ago today, LBJ declared a “war on poverty.” Here’s how we both won and lost that war in 6 charts: http://t.co/CVMw8jm7hq

There are 3 unemployed for every job opening. Throwing folks #OutInTheCold won’t help anyone get jobs. pic.twitter.com/BRoBy0bMjb