Confused by Push to Gut Auto No-Fault? You’re Not Alone 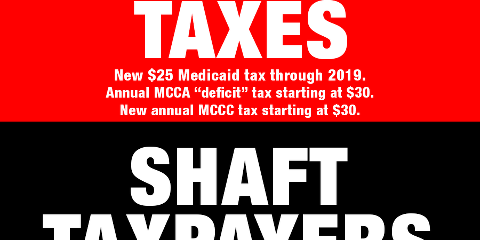 For the second time since taking control of Lansing, Republican politicians are working to gut Michigan’s model no-fault insurance system. What’s different this time? Rick Snyder is on board with the plan.

The Republican plan to gut auto no-fault (known affectionately as “Snydercare” around our office) would fundamentally change how auto insurance works for Michigan drivers.

What are they telling you? Well, they claim that insurance companies will charge drivers $125 less in the first year, or a little more than $10 a month. After that, you’d be on your own.

What won’t they tell you? That the insurance industry won’t make any promises of cost savings beyond the first year in exchange for a cap on lifetime benefits. That the cap won’t be fixed to inflation, so it will decline every year, making it easier for them to no longer pay for care for seriously injured drivers. That every driver will be forced to purchase more insurance to protect themselves from drivers with insufficient coverage. And that once you pass the lifetime cap, which could happen in days or hours, that’s it. You’ll be forced to pay, or forced to rely on Medicaid and other public programs.

There’s always more to the story than the weak promises from Lansing politicians. Snydercare amounts to just another handout to big corporations, at the expense of Michigan’s working men and women.