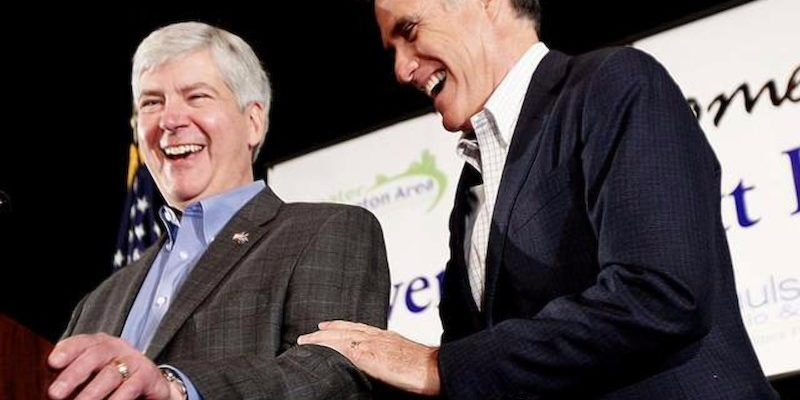 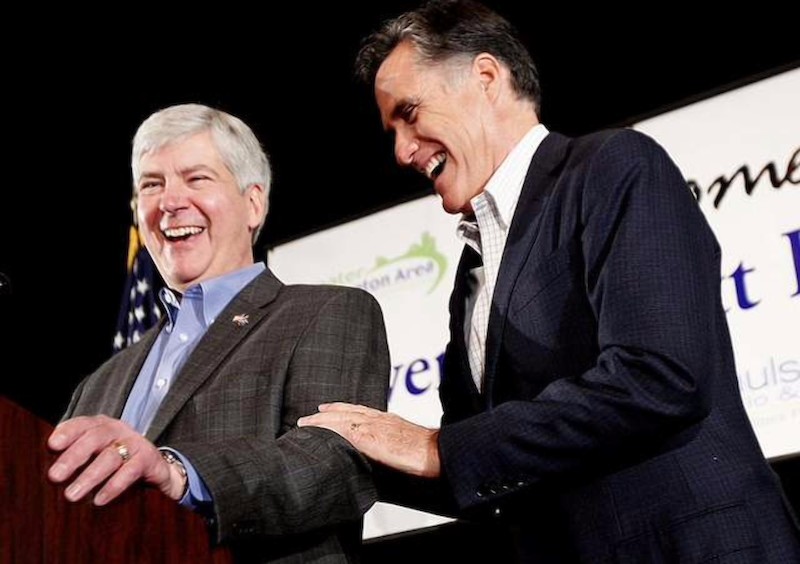 “And then, I told them corporate tax cuts create jobs!”

One of the nation’s largest homebuilders, PulteGroup Inc., yesterday announced that they’d be moving their headquarters and over 300 workers from Bloomfield Hills, Michigan to Atlanta, Georgia.

Reports indicated that Snyder and other state officials were “surprised” by the decision that came as they attended a weeklong party dedicated to celebrating the state’s supposed economic success under Republican leadership, but their responses amounted to a shrug.

In 2011, Rick Snyder bragged his first year proved he was “getting it right and getting it done,” promising that his tax changes would mean businesses would “invest, create jobs and grow.” After ramming through a divisive, partisan agenda in last year’s lame duck session, he said attacking unions by enacting RTW would help us “remain competitive,” again promising that this would create “more and better jobs in Michigan.”

This may as well have been written by PulteGroup PR, whose statement proclaimed that moving over 300 jobs out of Michigan was “a strategy that better fits with the long-term growth trends for our company and industry.”

Really, this whole fiasco is unsurprising. Rick Snyder has never been the fighter that Michigan families need to have on their side in tough economic times. Immediately after taking office, as Michigan’s economy was just starting to turn around, he hammered families, homeowners and seniors with over a billion dollars in new taxes. His “comeback state” slogan was never based in reality for the thousands of families struggling under the weight of stagnant wages and benefits and increasing bills. This was proven again yesterday, when a new report found that nearly 40 percent of certain recent graduates from Michigan’s public universities have moved outside Michigan, saying they sought career opportunities, renewed urban areas and investments in infrastructure.

Where did they go? Over a third left for Illinois, California, and New York. None of those are “right-to-work” states, and oddly enough none of them have ever been touted by Rick Snyder as a model for Michigan. When he talks about competing with other states by attacking workers, making it harder for women to get quality health care and defunding community public schools, he’s really talking about a race to the bottom with states like Louisiana, Tennessee, Oklahoma, and his personal favorite Indiana.

Michigan’s middle-class families deserve better than more empty rhetoric from politicians. We’ll be watching Rick Snyder for the remaining days left in his term, and we’ll be working hard to save Michigan.