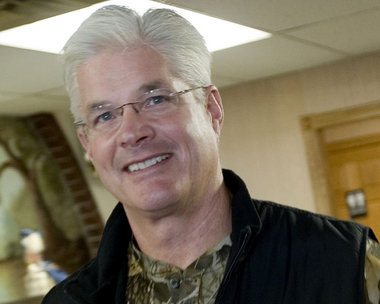 At Progress Michigan, we like to give credit where credit is due. And today, Rep. Mike Shirkey (R- Clarklake) deserves credit for introducing HB 4001, which caps Freedom of Information Act (FOIA) requests at 10 cents per page for standard copies.

FOIA guarantees that citizens can request information and records from their governments, and it’s up to the government in question to process those requests and determine a reasonable fee.

Rep. Shirkey’s bill is an important step in making Michigan more transparent, as the cost associated with a FOIA is an oft cited reason for preventing concerned citizens and watchdog organizations from accessing the information they need to hold our elected officials accountable.

Addressing the purpose of his bill, Shirkey said it succinctly:

“The FOIA is an important public tool, but it has to be one that the public can afford to use… There are certainly some bad actors out there and some blatant FOIA stonewalling we need to address. But the majority of the public bodies make it work.”

Rep. Mike Shirkey deserves kudos for this genuine effort at improving transparency in Michigan’s government, but more can be done. Lawmakers in Michigan should support  Rep. Jim Townsend’s (D-Royal Oak) HB 4236, which would make any documents or records related to private contractors available to FOIA.

Gov. Snyder and Republican politicians like to talk about making Michigan’s government more efficient, and adopting these proposals would help Michigan’s citizens make sure we’re getting the most for our tax dollars. Hopefully these bills don’t suffer the same fate as a few efforts at transparency from the last legislative session, which were shelved in favor of divisive attacks on working families and women’s health. Once again, Republicans have a chance to back up their campaign promises with actual action on bills that will make government smarter and more effective, and Michiganders on both sides of the aisle should support that.