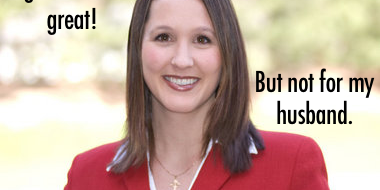 Rep. Lisa Lyons, no stranger to hypocrisy, is at it again. She last made national news in December for proposing an amendment that would have exempted her husband, who works as a corrections officer, from the “right-to-work” law. She did so while declaring on the House floor that “all people should have the freedom to decide for themselves whether or not to join a (labor) organization,” which of course is a freedom already protected by federal law.

Now Rep. Lyons is having more issues with integrity. As Chair of the House Education Committee and daughter of failed GOP gubernatorial candidate and Snyder advisor Dick Posthumus, Lyons has been an important ally of the governor as he pushes his education agenda to voucherize Michigan’s public schools and undermine local school districts with a statewide school takeover district. Yesterday she reintroduced legislation that would expand Gov. Snyder’s Education Achievement Authority, a statewide district that would be able to take over local schools and remove elected community schools boards. The bill, HB 4369, includes a clause that exempts public schools from an EAA takeover if they meet a list of criteria – specifically designed so that Grand Rapids schools comply.

One would expect that an elected official who tries to exempt herself from so many pieces of the Republican agenda would be met with scorn for her outright hypocrisy by her Republican colleagues and conservatives around the state. But instead, Rep. Lyons is rewarded for her behavior by once again being named a member of the Republican leadership team.

It gets worse. Rep. Lyons was named a “rising young conservative leader” and invited to address the 2013 Conservative Political Action Conference, where she’ll share the stage with other rising conservative luminaries like Mitt Romney, Donald Trump, and Sarah Palin. And two weeks after getting caught trying to exempt her husband’s union from  the “right-to-work” law, she was called a “rising Republican star” as MLive named her one of the “2013 Michiganders to watch.”

We’ve been watching Rep. Lyons closely, but we haven’t seen anything worthy of being called a “rising star” – just more rampant hypocrisy as she pushes policies that she knows aren’t good for her family or her constituents. Apparently that’s what it takes to be called a conservative hero in 2013.