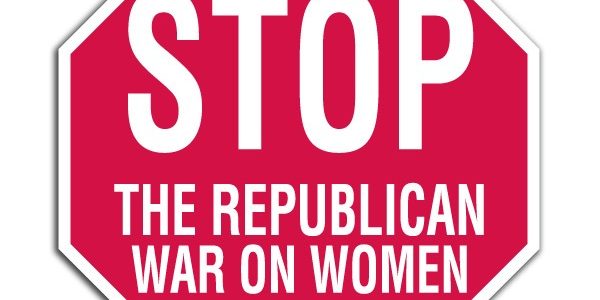 Tomorrow the House Insurance Committee will vote on a substitute for the Blue Cross overhaul that will include language banning private insurance companies from covering abortion in normal plans. In other words, forcing women to buy an extra policy or pay out of pocket for abortions. An identical bill was vetoed by Gov. Snyder when he signed House Bill 5711, the “anti-choice bus” that was the single most sweeping frontal assault on a woman’s right to choose in the country in 2012. Yet the Governor has indicated he is willing to sign the bill this time.

When Gov. Snyder vetoed what he called “the Blue Cross Blue Shield modernization package,” he issued a statement saying he had proposed the initial overhaul “without mentions or references to abortion.” He continued,

“The bill as passed would change a significant portion of the insurance market for abortion coverage. I believe citizens should have the ability to opt in or opt out of abortion coverage in government-created health exchanges supported with public funds. ‘Opting in’ to this coverage shouldn’t be difficult, and it’s my understanding that the coverage would be available at nominal additional cost. However, the current bill goes too far in two ways. First, it treats situations that involve rape, incest and health of the mother as elective abortions. … Second, the abortion changes in this bill interfere in the current private marketplace for insurance. Insurance companies and private buyers of insurance should be able to conduct their own affairs.” [emphasis mine]

Regardless of anyone’s personal feelings about abortion, it’s legal in the United States in the 21st century. It’s embarrassing and Orwellian that Michigan’s governor has labeled a bill that will turn back the clock by decades as “modernizing” the health insurance industry.

Almost as shocking as the bill’s content and our data-driven governor going back on his word is the fact that once again, Lansing Republicans have been caught copying their homework.

Bills modeled after AUL’s “Abortion Coverage Prohibition Act,” which was first floated by the organization in April 2010, have passed in eight states – four of them in 2011. The so-called “Protect Life Act” passed the U.S. House of Representatives in October 2011, ostensibly to ensure no taxpayer dollars paid for abortions. But the language of the Blue Cross overhaul would go beyond the issue of taxpayer dollars, placing state-sponsored limits on the way a woman spends her own money. This would represent unprecedented government interference in the health insurance market, as 87 percent of employer-based insurance policies issued in 2002 covered medically necessary or appropriate abortions.

Republican politicians have the freedom to ignore science, but their horrifying belief that women never, ever need emergency abortion care should not be injected into the legislative process. I hope you’ll join us tomorrow at 10:30 in the House Insurance Committee as we stand with Planned Parenthood to send a message to Republican politicians.

LOOK at the AUL model bill copied and pasted by Lansing Republicans: