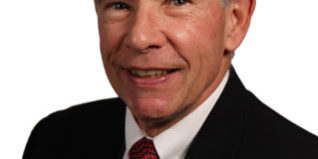 Rep. Phil Potvin (R-Cadillac) was caught dumping toxic pollutants into the ground in his current district, in Wexford County. You can see the proof for yourself – we’ve posted the original documents online.

An anonymous call to the state Department of Environmental Quality blew the lid off Western Concrete’s illegal dumping of toxic materials into an old elevator pit. They were filling a 20 foot pit with “stains, sealers and petroleum-based liquids in five gallon pails and 55 gallon drums.”

As the owner of Western Concrete, Phil Potvin was found completely culpable of these actions, and fined $162,500.His initial reaction? Denial. His secondary reaction? Saying he would “monitor” the situation himself.

This is outrageous – but typical of the shady business dealings perpetrated by those who claim they want to run government like a business.

The story was unearthed by Jax Anger, a student reporter at Ferris State University – and you can read the original article here. The DEQ says the cleanup was completed in 2002, but questions remain. Are the people living nearby safe? Since this has been kept secret, it seems that no one is fully aware of the potentially harmful effects this secret pollution dump could have on area residents.

If you think this kind of behavior should not be tolerated from lawmakers who are supposed to represent and protect their constituents, call Rep. Potvin at his office at (517) 373-1747 – or email him at PhilPotvin@house.mi.gov.