What has ALEC been up to? 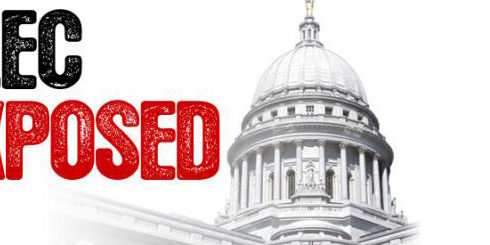 If you’re reading this, you probably already know about the American Legislative Exchange Council (ALEC) and the influence they wield over Lansing politicians. Just a few weeks ago, we were able to turn up the pressure on General Motors until they dropped their ALEC membership!

Last October, we uncovered an outrageous ALEC model bill introduced in the Michigan House that relieved a Pennsylvania corporation of liability for poisoning Michigan workers with asbestos. But the worst part is they don’t even think this is a big deal. Just yesterday Rick Jones said “I don’t think there’s anything wrong with legislatures around the country sharing resources.”

We’ve had some great victories. But we just released our biggest and most comprehensive report yet – and we wanted you to see it firsthand.

This report proves the real extent of ALEC’s outsized influence over Lansing politicians. It shows that their misguided agenda – putting the priorities of corporate CEOs and wealthy special interest over middle class families – wasn’t even their idea.

We believe that sunshine is the best disinfectant. We’re committed to exposing ALEC’s radical agenda, and the corporations paying for it, at every turn. But we can’t do it without your help. Check out our report below, then share it with your friends and family today.

Who is Writing Our Laws? ALEC Exposed in Michigan