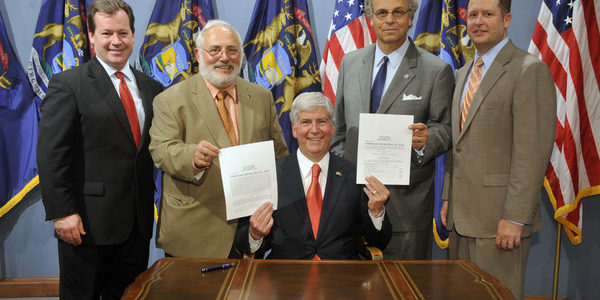 The state designed health insurance exchange has been torpedoed by Speaker Jase Bolger and House Republicans. This group of obstructionists has wasted $10 million in appropriated federal funding by procrastinating.

It’s obvious that Lansing Republicans are more interested in big insurance company profits, and couldn’t care less about the health and well being of Michigan’s middle class families.

Yet they didn’t have enough time to pass a bill that already made it through the Senate last November that would have set up a simple website where Michiganders could shop for private insurance plans.

Michigan’s top law enforcement official, Attorney General Bill Schuette, was also pushing to delay the creation of the exchange until after the election. It’s sad his priorities are so blatantly political, instead of staying focused on what’s best for Michiganders.

The Affordable Care Act requires each state to have a functioning exchange by January 1, 2014. The exchange is based on a simple premise: to make health care more affordable for small business owners and individuals by creating a competitive market. It’s really quite simple.

So why are Republicans making it so complicated?