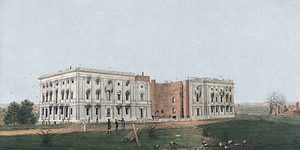 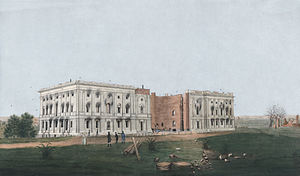 MIRS reports that almost-former Senate Majority Leader Mike Bishop will not run for chair of the Michigan Republican Party. Recall that last week the chattering class in the Capitol made sure reporters knew that Bishop was up for a job in the administration of Governor-elect Rick Snyder.

Bishop maintains that he hasn’t been formally asked to join the maiden voyage of Starship Snyder:

Mikey Blue Eyes is no spring chicken when it comes to manipulation, politicking and coming out on top. He played Speaker of the House Andy Dillon expertly, getting Dillon and his chamber to push through millions in devastating funding cuts that eviscerated public schools, infrastructure, etc. When it came time for Bishop to return the favor, he cooly refused to entertain any revenue increases to offset the worst of the cuts.

Negotiating for a job is small potatoes for Mikey. He’s making a point of broadcasting his availability to Snyder, complete with his insistence that joining the Starship Snyder would be an obligation – part of his duty to Michiganders – and not at all – NOT AT ALL – about the supposedly anti-government government official wanting to stay on the government payroll.

Because what he really wants to do is return to his small-town law firm. Unless he gets that call. Which he’s not begging for, because again, he just wants to get out of the spotlight.

But just in case, he wants Snyder to know he’s ready for his close-up.