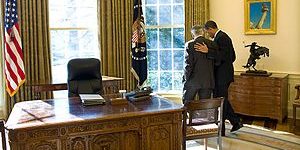 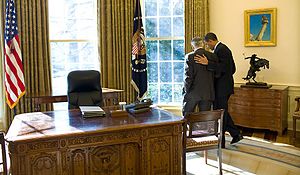 Alright, the name is a bit of a misnomer, because what you’re about to read didn’t come from an actual viewer (since I’m not a television personality — I’m barely even a personality!) but from one of those random people on the same “fwd” list as I. We were both on the receiving end of some Birther-esque chain emails, but we have vastly different viewpoints on it. (I’m sure you can tell where I come down on this.)

Anyhow, this fine gentlemen and I correspond still. He supplies me with an endless stash of this junk, and I supply him, in turn, with links to snopes.com.

Just in case you have not seen these interesting statistics:

Percentage of men and women who survived a  cancer five years after diagnosis:

The email continues with other misleading stats, etc. And then concludes with this doozy:

I don’t know about you, but I don’t want “Universal Healthcare”
comparable to England or Canada   .

Moreover, it was Sen. Harry Reid who said, “Elderly Americans
must learn to accept the inconveniences of old age.”

SHIP HIM TO  CANADA OR ENGLAND !

Le sigh. I get these about ten times a month.

It’s no wonder the split between ideologies and parties is so severe and pronounced. We have, as we know, a substantial portion of the population that cannot be bother to believe facts (i.e., Obama is not Muslim, etc.) and who insist on pushing this fodder out relentlessly.

My question is, when a whole mass of people have abdicated reality, reason and rationality, how do you get through to them?